CYCLISTS (Sauvignon + Welschriesling, Traminer + Welschriesling, Chardonnay + Welschriesling, Cabernet + Merlot, Rosé) is a line created as a project that would offer the younger consumers cheerful young wines at affordable prices. The name radler comes from the world of beer, that is, from a legend featuring a German innkeeper who waited for his regular customers, cyclists, and realised that he would not have enough beer for them, so, to the delight of all his guests, he mixed beer with lemonade. By taking over this idea and adjusting it to their own approach starting with the fact that joining white grape varieties with Welschriesling was a natural path towards the development of a line since Welschriesling is a widespread consumer white wine in Croatia, they created a “back door entrance“, so to say, for themselves on the saturated market creating a platform for the average Welschriesling consumer to get to know other varieties in the region. According to the definition and the function, the line fully reflects our contemporary approach – wines in coupage reflect the local terroir on one side, and on the other side, wines in coupage, according to the two-in-one principle, add more value (symbol “+“) to the authentic wine that strayed from the traditional approach. The wines are innovative, fresh and multidimensional in their simplicity. Radler has become a tandem with us! 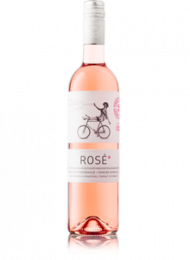